Home
What’s Ahead For Mortgage Rates This Week – November 14, 2016 Applying for a Mortgage? 3 Easy Ways to Make the Process Easier — and Reduce Your Stress

For those living in a cave for the past few days, you might have emerged and found a new biosphere.

Whatever the catalyst, we are in a new market sentiment on rates and as I said earlier, it might get a little worse before it gets better.

Just to put this into perspective, if mortgage rates are on their way to a ½ point increase, on a $400,000 mortgage that would result in a $112 monthly payment increase and a $40,000 increase in interest over the life of a 30 year mortgage loan.

For those on the fence, or for those unsure if or when the time to act is appropriate – the answer is here and now. 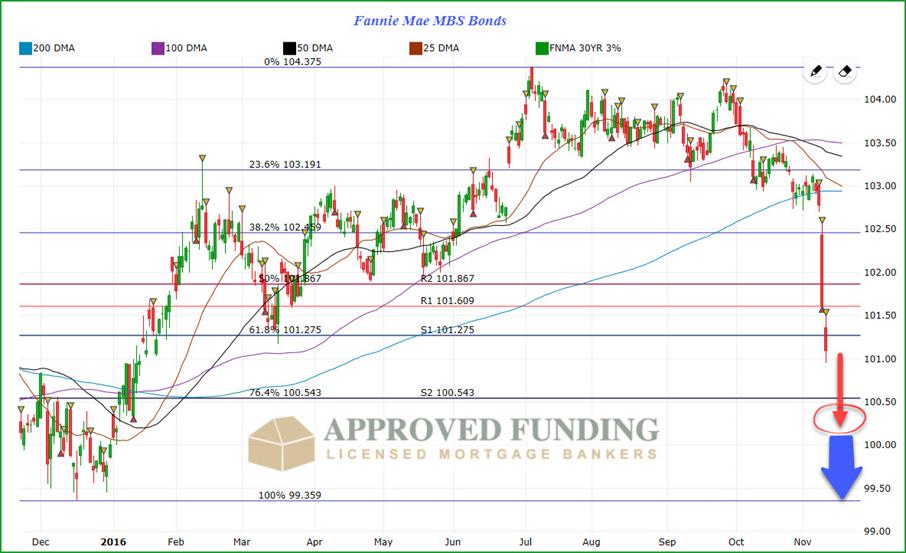