Bonds Get Rocked. Treasuries and Rates React to Job Numbers

Although the stock market seems to have shrugged off the news, mortgage rates as well as the 10 year US treasury rates have reacted much worse to the latest Jobs data headlines showing a surprisingly better than expected improvement in the numbers.

The BLS Jobs Report was released this morning showing up 204,000 jobs this is much higher than expectation.  The unemployment rate was released at 7.3% which was in line with expectations.

Of course, this data which has surprised most analysts, now has people talking about an “earlier than expected” Federal Reserve end to the economic stimulus (“Taper”).

The 10yr UST has risen to the highest level since September 20th.

Mortgage Rates have also increased on the news and have hit the highs of which have not been seen for several weeks.

Get a Free No Obligation Rate Quote from Approved Funding now!

You will not only receive a low mortgage rate quote customized to your unique situation but you will also receive guidance as to the best time to lock your rate and insight into market activities that will effect mortgage rates in the coming days and weeks. 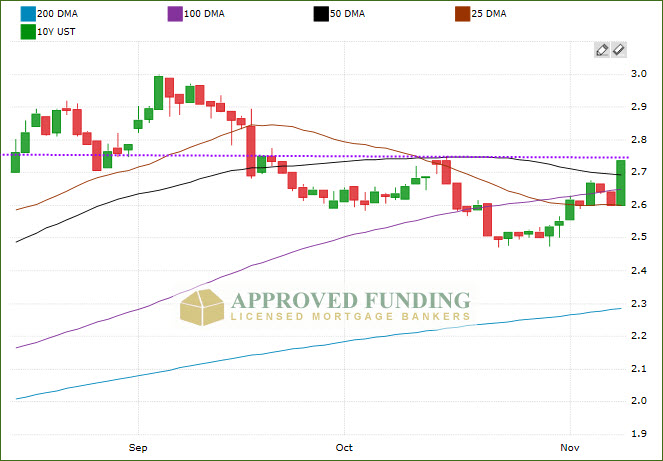