Home
Buying a Home? 4 Steps You Can Take to Ensure You Start out with a Low Monthly Mortgage Payment Billionaire: Buying a house still best investment

By most measures, the housing market should be roaring.

Prices are leveling off. Borrowing is cheap. Even the job market is recovering. And yet home sales are on pace to fall this year for the first time since 2010.

The torturous experience of home buyers such as Kalmele and Aaron Brown may help explain why. The couple, with solid jobs, pre-qualified for a mortgage a year ago and quickly found their “dream house.” Just like that, they had a contract.

Then came the hard part. Getting bank approval took endless rounds of paperwork and intense scrutiny from underwriters. To bolster their application, they paid off an old student loan and beefed up their savings. They missed their initial closing date and nearly lost the house to another buyer. 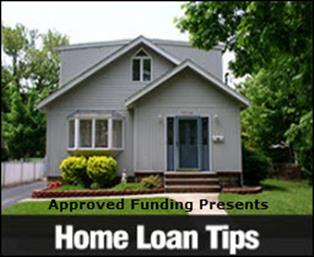 “There were times I wanted to throw in the towel,” Kalmele recalled.

The Browns eventually got their loan, closing on the house in February for $350,000. But their four-month ordeal highlights how federal rules put in place after the 2008 mortgage collapse are scaring banks away from all but the safest borrowers — and gumming up the process for everyone.

Federal regulators last week took their biggest steps yet to grease the wheels for borrowers, lowering down payment requirements on federally insured mortgages to 3.5% and issuing new rules for what qualifies as a safe loan. Regulators also promised clearer rules for when banks might be forced to buy back defaulted loans after selling them to investors.

It’s a bid to strike the right balance on lending rules, the nation’s top housing official told mortgage bankers, and breathe a little more life into the housing market.

“It’s in our entire nation’s best interest to help more responsible Americans succeed in the housing market by expanding access to credit,” said Julian Castro, secretary of Housing and Urban Development. “Some believe that a few years ago, it was too easy to get a home loan. Now, it’s too hard.”

The cautious climate of the last few years has shut out many of the people who suffered most in the housing crash, said Paul Leonard, California director for the Center for Responsible Lending. Meanwhile, new laws such as Dodd-Frank and new oversight from the Consumer Financial Protection Bureau have improved protections for borrowers, taxpayers and the economy.

The rules are still often unclear, lenders say, which is why they’re making only bulletproof loans. The potential penalties aren’t worth the profits, said David Stevens, president of the Mortgage Bankers Assn.