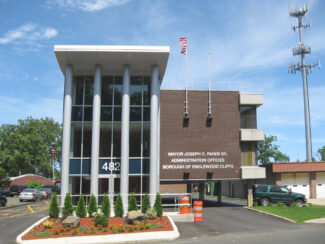 The borough’s formation dates back to an election for Road Commissioner in Road District 1 between William Outis Allison and Clinton Blake, a future mayor of Englewood. Blake won the vote, but Allison challenged the result, arguing that women had been improperly allowed to vote. The vote was overturned, but Englewood officials would not seat Allison; this ultimately led to his successful efforts in 1895 to have Road District 1 secede to form the Borough of Englewood Cliffs, with Allison serving as the new municipality’s first mayor.

Englewood Cliffs was formed as a borough on May 10, 1895, from portions of the now-defunct townships of Englewood Township and Palisades Township, based on the results of a referendum held the previous day. The borough was formed during the “Boroughitis” phenomenon then sweeping through Bergen County, as of one two boroughs created in 1895 after 26 boroughs had been formed in the county in 1894 alone.

Complete the form below to learn more about Approved Funding, including our exclusive benefits for Friends of Englewood Cliffs.