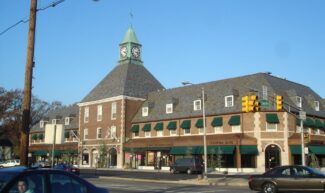 Fair Lawn was incorporated as a borough by an act of the New Jersey Legislature on March 6, 1924, as “Fairlawn,” from portions of Saddle River Township. The name was taken from Fairlawn, David Acker’s estate home, which was built in 1865 and later became the Fair Lawn Municipal Building. In 1933, the official spelling of the borough’s name was split into its present two-word form as “Fair Lawn” Borough.

Radburn, one of the first planned communities in the United States, is an unincorporated community located within Fair Lawn and was founded in 1929 as “a town for the motor age.” Fair Lawn is home to a large number of commuters to New York City, to which it is connected by train from two railroad stations on NJ Transit’s Bergen County Line, the Radburn and Broadway stations.

Fair Lawn’s motto, coined by Jake Janso, is “A great place to visit and a better place to live.” Fair Lawn has been rated as one of the top 10 best places to live in New Jersey. According to Nerdwallet, Fair Lawn witnessed a 5.3% increase in its working-age population between 2009 and 2011.

Complete the form below to learn more about Approved Funding, including our exclusive benefits for Friends of Fair Lawn.