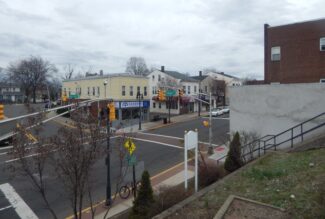 When the area that is now Garfield was first developed in 1873, it was known as East Passaic. In 1881, the community’s name was changed to Garfield in honor of President of the United States James Garfield. There are two explanations given for the circumstances behind the renaming. According to one, shortly after Garfield was elected to the presidency the founder of East Passaic said, “tell everyone…don’t speak of East Passaic anymore; call it ‘Garfield’ after the man who will lead this great country to prosperity.” Seven months later, President Garfield was assassinated but his name remained with the community. The second theory holds that after Garfield’s death in 1881, a new train station was named in his honor, which in turn led to the surrounding area becoming associated with his name as well.

Garfield was originally incorporated as a borough on March 15, 1898, from portions of Saddle River Township and Wallington. At the time, the New Jersey Legislature set Garfield’s boundaries as they exist today. On April 19, 1917, the borough became the City of Garfield, based on the results of a referendum held two days earlier.

Complete the form below to learn more about Approved Funding, including our exclusive benefits for Friends of Garfield.