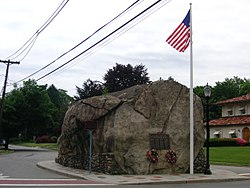 The borough has been one of the state’s highest-income communities. Based on data from the American Community Survey for 2013-2017, Glen Rock residents had a median household income of $162,443, ranked 6th in the state among municipalities with more than 10,000 residents, more than double the statewide median of $76,475.

Complete the form below to learn more about Approved Funding, including our exclusive benefits for Friends of Glen Rock.