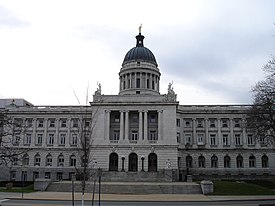 An inner suburb of New York City, Hackensack is located approximately 12 miles (19 km) northwest of Midtown Manhattan and about 7 miles (11 km) from the George Washington Bridge. From a number of locations, the New York City skyline can be seen.

The Metropolitan Campus of Fairleigh Dickinson University straddles the Hackensack River in both Hackensack and Teaneck. Hackensack is also the home of the former New Jersey Naval Museum and the World War II submarine USS Ling. Astronaut Wally Schirra is perhaps Hackensack’s most famous native son.

Complete the form below to learn more about Approved Funding, including our exclusive benefits for Friends of Hackensack.