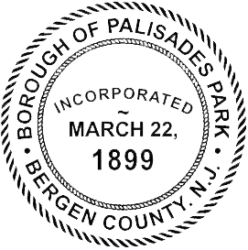 The borough of Palisades Park was created by an act of the New Jersey Legislature on March 22, 1899, from portions of Ridgefield Township. A portion of its area was annexed by the neighboring borough of Fort Lee in April 1909. The borough was named for its location atop the New Jersey Palisades.

It is one of the largest and fastest-growing ethnic Korean enclaves outside of Korea. Koreans comprise the majority (65%) of the population of the borough of Palisades Park, the municipality with the highest density of ethnic Koreans in the Western Hemisphere and the home of both the highest Korean-American density and percentage of any municipality in the United States. Koreatown, Palisades Park has been nicknamed the Korean village and Koreatown on the Hudson.

Complete the form below to learn more about Approved Funding, including our exclusive benefits for Friends of Palisade’s Park.