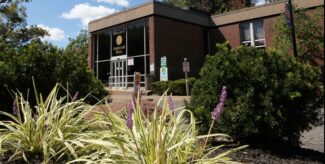 Paramus was incorporated as a borough by an act of the New Jersey Legislature on March 2, 1922, and ratified by a referendum held on April 4, 1922, that passed by a vote of 238 to 10. Paramus was created from portions of Midland Township, which now exists as Rochelle Park. The name is usually said to be of Native American origin, derived from words meaning “land of the turkeys” or meaning “pleasant stream.”

Paramus has some of the most restrictive blue laws in the nation, banning nearly all white-collar and retail businesses from opening on Sundays except for gas stations, restaurants and grocery stores, and a limited number of other businesses. Despite this, the borough is one of the largest shopping destinations in the country, generating over $6 billion in annual retail sales, more than any other ZIP code in the United States.

Complete the form below to learn more about Approved Funding, including our exclusive benefits for Friends of Paramus.