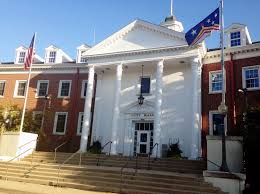 Incorporated in 1894 the Borough of Park Ridge is a 2.6 square mile residential community located in the north-central part of Bergen County in a nine-community area known as the Pascack Valley. The Borough is bounded by the Boroughs of Montvale, Woodcliff Lake and Hillsdale and the Township of River Vale.

During the middle of the 18 th century, settlers of Dutch and Scottish extraction settled in the area. Today descendants and structures of those times remain. The Wortendyke Barn has been refurbished into a museum. The Pascack Historical Society Museum also reminds the community of its roots with the past. The Pascack Reformed Church (1813) remains active in the community.

From its inception, Park Ridge has shown a most independent penchant. In 1904, the Borough dammed the Pascack Brook and installed a hydrogenerator to supply the electric needs of the first 17 consumers. In 1919, as the number of customers grew and the need for electric supply, the Hydro Electric Plant was removed from service and the Borough purchased power from the Rockland Light and Power Company. In 1977 the Borough, through its Board of Public Works, completed the construction of a $750,000, 26 KVA substation to transform and distribute power purchased wholesale fed from two new supply feeders from Pubic Service Electric and Gas. In 1981, a 15,000KVA regulating station was added to the electric system. Two 26.4KV sub-transmission feeders were installed to feed power from the main substation to this regulating station. This station was built to regulate and supply 26.4KV power to four large corporate customers that were being developed. Several years later, additional distribution circuits were built from this substation to provide power to the residents on the western sections of the town. Presently, the Borough provides power to over 3,800 customers with a peak demand of over 22 Megawatts.

Over the years, significant upgrades and improvements have been made to the Borough’s electric distribution system and substations to improve service. In addition, since the early 1990’s the Board of Public Works has taken advantage of the deregulated electricity market, and has purchased wholesale electric power from various energy suppliers that is delivered to the Borough through the Pennsylvania, New Jersey, Maryland (PJM) interconnected power grid. Through these wholesale purchases and the efficent operations of the electric utility, residents and businesses have enjoyed one of the electric rates in the State of New Jersey.

In 1924 the Borough started its own water supply system. Today eighteen wells supply the Boroughs of Park Ridge and Woodcliff Lake with high purity well water at costs substantially below other water companies. The Park Ridge Water Utility has been a leader in New Jersey with the installation of carbon, air stripper, and resin filters on its wells to ensure a water supply that meets or exceeds all the standards of the NJ Department of Environmental Protection and the US Environmental Protection Agency.

Park Ridge is one of the only 9 municipalities in New Jersey to own and operate utilities which supply water and electricity to its residents.

A similar independence has been exhibited in the educational system. For many years, Park Ridge High School was a regional school for nearby communities. In the 1960’s the Pascack Valley School District was formed, but Park Ridge declined to join the regional district. Today Park Ridge has two elementary schools strategically located, each serving half of the municipality and a junior-senior high school. The three schools provide a K-12 school system based on the neighborhood school concept.

Beginning in about 1980, and continuing to the present, Park Ridge has gone through a significant growth spurt, combined with a rejuvenation of its small, but economically healthy, business district.

In 1976 the Governing Body rezoned a 180-acre tract in the westerly part of the Borough known as the “Bears Nest” to 100 acres for offices and research laboratory use, and 80 acres for townhouses. Included within the 180 acres is 40 acres of swampland that are now “protected wetlands.”

As of April 2010, 201 townhouse units have been built in the Bears Nest. Initially designed by renowned architect Eleanor Pederson, this private community was the home of former President of the United States, Richard Nixon and Mrs. Nixon between 1989 and 1993.The assessments for this priate community total an estimated $165,695,500 and will comprise over 10% of the Borough’s total assessments.

In the mid-1980s the Borough undertook the reconstruction of the major intersection within the Borough, and the restoration of the railroad station constructed in 1871. These projects, along with a favorable economy, spurred a major revitalization of the business area. New construction or renovation of approximately 75% of the business properties occurred during the mid -1980s. In 1992 the owner of the Ridgemont Shopping Center completed a major renovation of that facility. In addition, the borough rezoned the properties immediately across from the shopping center in an effort to spur a redevelopment of those properties.

In 1985 the Burroughs Corporation industrial complex adjacent to the railroad tracks was razed and a 114-apartment condominium complex called “Park Ridge Crossings” was constructed. In addition, two smaller condominium units totaling 51 units were built in the center of the community. One complex was on the site of a storage yard for construction equipment; the other on a site for construction materials, so that both have had a very beneficial impact on that immediate neighborhood. Those complexes are now known as Williamsburg Estates and Whispering Pines.

Over the years, Park Ridge has been active in expanding its municipal facilities. An 11,000 square foot firehouse, large enough to handle state-of-the-art equipment, was completed in 1987, along with an expansion of the municipal offices and police headquarters. The public library was expanded in 1987 to double its size.

To supplement the rich, residential community life of the Pascack Valley, Park Ridge provides recreational facilities for both young and old. An olympic-size municipal swimming pool, operated as a self-sustaining utility, provides summertime fun. A 12-acre pond makes an attractive park area. All total the Borough has over 50 acres available for recreational uses, including baseball, softball, soccer, tennis, basketball and track facilities.

Five churches representing the three major denominations are located in the Borough.

While many residents work in the immediate area, a significant number make the daily commute to New York City, approximately 25 miles away. Served by the NJ Transit rail and bus transportation systems, Park Ridge is less than two miles from the Garden State Parkway and less than three miles from the New York Thruway, making easy access to the entire northern New Jersey and southern New York regions.

Shopping facilities are available locally, including two small local shopping centers. Access to Westwood and to the modern shopping centers located in Paramus, New Jersey and Nanuet and West Nyack, New York are only minutes away.

The Governing Body of Park Ridge consists of a Mayor and a 6 member Borough Council. Council members are elected at partisan elections for staggered three-year terms. At the annual reorganization meeting, the Council elects one member at its President. Mayors Richard Mancinelli and Donald Ruschman are the only Mayors to serve more than one term as Mayor, both began their political careers in Park Ridge as Councilmembers.

The Governing Body of Park Ridge meets on the second and fourth Tuesday of each month at 8:15 p.m. in the Borough’s Council Chambers. Both meetings are preceded by a Closed/Executive Session which begins at 7:15 p.m.

The Borough’s Police Department consists of 17 police officers and supervisors who are equipped with modern and scientific crime fighting equipment. The Fire Department has 5 modern pieces of fire fighting equipment and is manned by 45 volunteers. Both police and fire fighting training is provided by the Bergen County Fire and Police Academy. Ambulance Service is provided on a 24-hour basis by the Tri Boro Volunteer Ambulance Corps in cooperation with the Boroughs of Woodcliff Lake and Montvale. Emergency dispatching of police, fire and ambulance services is centally handled by Northwest Bergen Central Dispatch. The facility is located in Ridgewood, New Jersey.

As noted earlier, the Borough has owned and operated two self-sustaining utilities for over 80 years. These utilities are administered by a semi-autonomous Board of Public Works, the members of which are appointed by the Mayor with the confirmation of the Borough Council. The Borough employs a full time Director of Operations who is responsible for the day-to-day operation of the electric and water systems, sanitary sewer, and roads/park/public buildings.

Complete the form below to learn more about Approved Funding, including our exclusive benefits for Friends of Park Ridge.