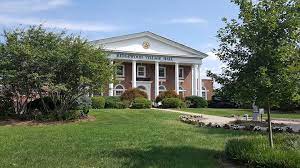 Ridgewood was ranked 26th in Money magazine’s “Best Places to Live” in 2011.

The Village of Ridgewood was created on November 20, 1894, with the same boundaries as Ridgewood Township, also in Bergen County. The Village became the municipal government while the Township remained a school district.[ In 1902, the village added portions of Orvil Township, which were returned to Orvil Township in 1915. In 1925, Ridgewood Village acquired an area from Franklin Township (remainder now dissolved as Wyckoff). On February 9, 1971, Ridgewood acquired the area from Washington Township. On May 28, 1974, it acquired the area from Ho-Ho-Kus. The name of the village derives from the characteristics of its terrain.

Complete the form below to learn more about Approved Funding, including our exclusive benefits for Friends of Ridgewood.