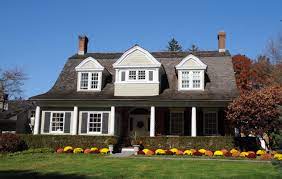 Rockleigh Borough is unique in having been shaped by the history of the area, dating from well before the Revolutionary War. It originally comprised a group of Dutch Colonial farmsteads along what is now Rockleigh Road, which wound across the Palisades to connect the fertile Northern Valley with Snedens Landing on the Hudson River.

This small community, situated in the Northern Valley of Bergen County, occupies one square mile along the New York State border. The area was initially under the authority of the Province of New Jersey (27 June 1687), then governed by the Province of New York under both Orange then Rockland Counties, then in 1779 as the Rockland area of Harrington Township in the State New Jersey, then as the East Northvale upon the incorporation of the Borough of Northvale with the demise of Harrington Township. On 13 March 1923 East Northvale seceded from the Borough of Northvale and incorporated as Rockleigh Borough.

In addition to Northvale to the west, Rockleigh Borough is bounded on the North by Orangetown, NY, to the east by Alpine, NJ, and to the south by Norwood, NJ. Most of Rockleigh Borough consists of gently rolling bottomlands at the upper end of the Northern Valley of the Hackensack River and the Tappan Slough through which the Sparkill flows. Its wooded uplands lie on the “East Hill”, the base of the western slope of the Palisades ridge.

With a population of about 391 residents (about 260 of which are nursing home residents) and a two-acre zoning requirement, Rockleigh Borough is unique in Bergen County in that it retains a remarkable rural character with strong ties to an agricultural past. Yet the 2000 census listed Rockleigh Borough with the highest median household income in the State of New Jersey. It also had one of the lowest municipal tax rates in the State of New Jersey.

A number of extant 18th and 19th century Dutch farmsteads are located in surroundings relatively untouched by the encroachments of urban development. Since 2 July 1976, approximately one-half of the eastern portion of Rockleigh Borough has been on the New Jersey State Register of Historic Places as the Rockleigh Historic District and on 29 June 1977, Rockleigh Borough was included on the National Registered Historic Places. The Historic District is administered by the Rockleigh Historic Preservation Commission which exercises lawful review regarding construction, demolition, movement, adaptive reuse and repair of buildings and structures as well as shade tree considerations.

Outside of the Registered Historic District, most land in the northwestern track accommodates an upscale corporate park. A two-star, twenty-seven-hole, county-owned golf course and an exemplary catering establishment occupy the southwestern section of the Borough. Residential areas between the Historic District and commercial zones comprise a Historic Fringe Zone. To the east, Borough parklands preserve as open space the natural habitat of a vast portion of the Lamont track on the wooded western slope of the Palisades.

Complete the form below to learn more about Approved Funding, including our exclusive benefits for Friends of Rockleigh.