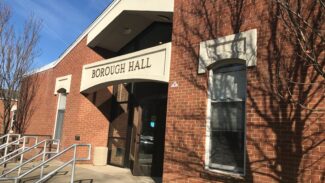 The first European settlers in Tenafly were Dutch immigrants, who began to populate the area during the late 17th century. The name “Tenafly” is derived from the early-modern Dutch phrase “Tiene Vly” or “Ten Swamps” which was given by Dutch settlers in 1688. Other derivations cite a Dutch-language connection to its location on a meadow.

The borough has been one of the state’s highest-income communities. Based on data from the American Community Survey for 2013–2017, Tenafly residents had a median household income of $153,381, ranked 13th in the state among municipalities with more than 10,000 residents, more than double the statewide median of $76,475.

Tenafly was incorporated as a borough on January 24, 1894, by an act of the New Jersey Legislature from portions of the now-defunct Palisades Township, based on the results of a referendum held the previous day. The borough was the first formed during the “Boroughitis” phenomenon then sweeping through Bergen County, in which 26 boroughs were formed in the county in 1894 alone. Portions of Palisades Township were acquired based on legislation approved on April 8, 1897.

New Jersey Monthly magazine ranked Tenafly as the 7th best place to live in New Jersey in its 2013 rankings of the “Best Places To Live” in New Jersey.

Complete the form below to learn more about Approved Funding, including our exclusive benefits for Friends of Tenafly.