Home
If Your Mortgage Rate Is Above 3.99% You Should… More For Less 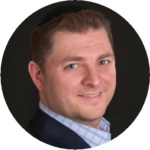 A former client randomly called to ask if we could meet me for a few minutes – without providing any other details. I couldn’t imagine the premise of the meeting, as, over the past eighteen years of our relationship, we had done many loans together and only met the first time. Later that week, he came bearing a very thoughtful gift and said that he and his wife wanted to personally thank me for my efforts over the years, and to say goodbye. They were closing on the sale of their home and moving to Israel, which was their lifelong dream.

Although it wasn’t their first time buying a home, he recalled our first meeting when we met late one evening in my office and how I went through all of their concerns. They were at the point of downsizing, and they planned to rent locally for 5-7 years until they retired and moved out of the country. We went through much of the financial considerations and the practical pros and cons of buying versus renting. He said, in the end, it was not only my conclusion that it made economic sense to purchase this new house, but also how I kept reiterating that this home will generate a wealth of equity and memories.

He told me I was completely right on both accounts as they were able to comfortably house many grandchildren over the years, and were now selling at a substantial net profit. It also helped that we timed a refinance perfectly and converted his previous loan into a 15-year loan which has provided them with expedited equity over the past few years. He reminded me of how I encouraged him to think of this home as a retirement “vehicle” and incorporated his short-term and long-term financial considerations into all of our discussions. Over the years in this home, we refinanced several times, including an equity cash-out which was used towards the downpayment on their new home in Israel. Our conversation reminded me of this powerful story which is amongst my favorite life lessons.

An American investment banker was relaxing at the pier of a tiny coastal Mexican village when a small boat with just one fisherman docked. Inside the little vessel were several giant yellowfin tuna, which the fisherman proudly carried out. The American congratulated the Mexican on the quality of his fish and offered to buy one on the spot. They negotiated a price, and the exchange was made. He asked how long it took to catch the fish, to which the Mexican replied, “I only cast a line for one hour and always catch my five fish each day.” The American then asked why didn’t he stay out longer and catch even more fish? The Mexican countered that he had more than enough to support his family’s needs with what he catches during that time. With that, the fisherman began walking away with the remaining tuna in hand.

The American trailed him along the dock and persisted, “but what do you do with the rest of your time?” The Mexican fisherman said, “I sleep late, fish a little, play with my children, take siestas with my wife, Maria, and stroll into the village each evening where I sip wine and play guitar with my amigos. I have a full and satisfying life.” The American scoffed. “You are missing the boat – no pun intended, but lucky for you, I can help,” he said. “I have an MBA from Harvard and have consulted many Fortune-500 businesses throughout my career. For starters, you need to spend more time fishing, and with the proceeds, buy a bigger boat so you can catch even more fish once you’re already out at sea. With the economies of scale, your proceeds will increase, and you will then be able to buy several boats. Eventually, you would have a fleet of fishing boats and start working on big production, ultimately opening up your own cannery. You could control the product, processing, and distribution,” he said. “Of course, you would need to leave this small coastal fishing village and move to a larger city, where you can attract more workers for your expanding enterprise.”

The Mexican fisherman asked, “But, how long will this all take?” To which the American replied, “With my help, 15 to 20 years or so.” “But what then?” asked the Mexican. The American chuckled and said, “That’s the best part. When the time is right, you would announce an IPO, and sell your company stock to the public and become very rich. You would make millions!” “Millions – then what?” The American said, “Then you could retire. Move to a small coastal fishing village where you could sleep late, fish a little, play with your kids, take siestas with your wife, and stroll to the village in the evenings where you could sip wine and play guitar with your amigos.”

I first read that story over two decades ago, and its message has resonated with me ever since. There are several types of “advisors” in the real estate and financial services industries. Some persuade their clients into believing that what they are offering is the best thing ever. Some do their job without much insight, merely using gimmicks or charm to get the deal closed. For those who are lucky, there are a select few who genuinely listen and try to offer honest advice and guidance that completely meets the client’s needs. Wealth comes in many forms, and for the happiest of individuals, it goes well beyond financial accumulation. Happy fishing!