Well, it’s official. The refinance boom is over, and now it looks like the “Flipping” boom might be ending as well.

Fewer single-family homes were flipped in the second quarter, with the percentage falling to a two-year low, according to RealtyTrac’s U.S. Home Flipping Report, reflecting second quarter data.

Nearly 31,000 single-family homes were flipped nationwide during the second quarter, representing 4.6 percent of U.S. single-family home sales. That is down from 5.9 percent in the first quarter of this year and down from 6.2 percent in the second quarter of 2013, RealtyTrac reports. RealtyTrac tracks home flips by homes that are purchased and subsequently sold again within 12 months.

Flippers no longer have the luxury of 20 to 30 percent annual price gains to pad their profits.

On homes flipped in the second quarter, investors averaged a gross profit of more than $46,000 per flip on homes, a 21 percent gross return on initial investment, RealtyTrac 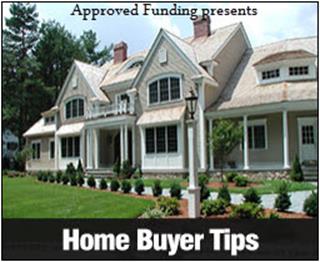 reports. That is down from an average gross return of 24 percent in the first quarter and down from 31 percent a year ago, RealtyTrac notes. “Home flipping is settling back into a more historically normal pattern after a flurry of flipping during the recent run-up in home prices in 2012 and 2013,” says Daren Blomquist, vice president at RealtyTrac.

“Flippers no longer have the luxury of 20 to 30 percent annual price gains to pad their profits. As the market softens, successful flippers will need to focus on finding properties that they can buy at a discount and efficiently add value to.” Here are some additional findings from the RealtyTrac’s second quarter report:

2. Higher-end homes are representing a greater percentage of homes flipped. Homes with a flipped sale price of $750,000 or higher accounted for 4.10 percent of all homes flipped during the second quarter, up 21 percent from a year ago, RealtyTrac reports. On the other hand, homes with a flipped price between $400,000 to $750,000 made up 12.66 percent of all flips, up 10 percent from a year ago.

3. Investors found that the flipped homes that offered the highest returns had a flipped sales price between $750,000 and $1 million, which averaged a 41 percent average gross return on investment, according to RealtyTrac’s report. Meanwhile, homes in the $50,000 to $100,000 range had averaged a 37 percent return, the second highest.