Mortgage Rates – Up, Up and Away?! 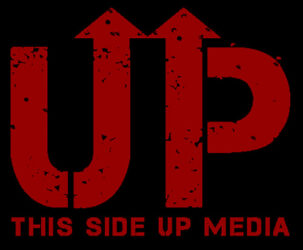 Those closely following the markets, especially those in the media, love to analyze calendar-based indicators of the stock market when they come around. Many traders are familiar with a ‘Santa Claus rally,’ the ‘January effect,’ and ‘sell in May and go away,’ amongst several other timely signs. Something that many might not be familiar with is the wall street maxim of “sell on Rosh Hashanah and buy on Yom Kippur.”

The theory is, many Jewish traders and investors are preoccupied with religious observances and absence, causing irregular volume and erratic trading. According to the Stock Trader’s Almanac, which analyzed data going back to 1971, “the Dow Jones Industrial Average falls an average of 0.6% between Rosh Hashanah, the Jewish New Year, and Yom Kippur, the Jewish Day of Atonement.”

The unpredictable patterns didn’t disappoint this year in the treasury department over this period as well. Before Rosh Hashanah the 10yr US Treasury which is the primary indicator of how mortgage-backed securities price was below 2.90%. Even more significant to the number was the fact that the level in yield was below its 25, 50 and 100 day “moving averages.” By Yom Kippur, the 10yr UST was over 3.00% which was a psychological barrier which I discussed at length in previous articles months ago.

On Wednesday, the “first day back to work” after Succos, yields on the 10yr UST took another leap rising over ten basis points, breaking above another fundamental level at 3.12%. In fact, as of this writing, bond yields were resting on another monumental level at 3.18% – which, if broken, could catapult us instantly to 3.25% – a level many top bond experts were forecasting.

As US treasuries were having a “break down” – the worst levels seen in approximately five years, stocks were soaring. The Dow Jones was eyeing 27,000 and was set to break the longest stretch without a 1,000-point milestone since Trump’s election.

Unfortunately for mortgage “shoppers,” these are all things that the Fed, economists, and stock traders are welcoming. Higher yields on treasuries purport a “healthy economy” and a better return on their investment dollar. That said, although one might successfully argue that the economy has been “healthy” for a few years now, one of the reasons we didn’t see this jump on bond yields is the fact that the Federal Reserve was artificially keeping yields low by reinvesting in bonds. As I have written about in the past, starting this month of October, the Fed is significantly reducing its bond repurchases.

The result, as we are seeing, is a jump in bond yields which is translating into the highest mortgage rates we have seen in a few years. Is the party over for “low mortgage rates”?! It is likely that we have seen the lows in rates for now… at least, until that market “correction” that I am predicting for next year. You heard it here first. Stay tuned! A very Happy Birthday shout-out to Yaakov Morgenstern and Penny Samuel, and to Yoel Dreifus.