My Lessons From The Super Bowl

Yes, I am aware, the Super Bowl is long over and probably mostly forgotten. This year, with social distancing and working from home still in place, many didn’t even have the indulgence of being a “Monday Morning Quarterback” at the office or the amusement of discussing their favorite Super Bowl commercial at the company water cooler. Still, this years competition averaged over 96 million viewers, in which fans – of the game or the commercials – watched the Tampa Bay Buccaneers blow out the Kansas City Chiefs 31-9, forever assuring Tom Brady of his place in NFL history.

Besides the substantial drop in TV and streaming viewers, I think it’s fair to say the Super Bowl felt a little off for many reasons. There was a pointedly smaller crowd at Raymond James Stadium in Tampa – where there were close to 25,000 live fans but 30,000 cardboard cutouts of fans. The half time show was drastically curbed, and even the commercials felt a bit off, as many of the regular advertising sponsors sat on the sidelines this year. 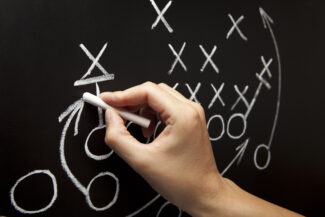 The vacancy by many of the usual commercial regulars allowed Rocket Mortgage to pull off a surprise victory of their own. According to USA Today, the mortgage company’s two 60-second Super Bowl ads placed first and second according to their Ad Meter. Both spots starred comedian Tracy Morgan, who used humorous situations to illustrate the distinction between “pretty sure” and “certain.” Not since Budwiser achieved the feat in 2007 did the same brand secure the USA Todays Ad Meter rankings’ top two spots.

In full disclosure, however, the results were undoubtedly aided by Tracy Morgan, who urged his 2.9 million followers on Twitter to sign up for the Ad Meter and vote for his commercials to win. I guess Rocket Mortgage wanted the bragging rights that much. Morgan, of “Saturday Night Live” and “30 Rock” fame, starred in the commercial showing prospective home-buyers why “pretty sure” isn’t good enough. The commercial depicted several humorous examples of Morgan saying he was “pretty sure” that they weren’t in danger, but of course, he came up just a little short. He and his mortgage candidates ended up being zapped, falling off a bridge, or blown up by aliens – because he was only “pretty sure” instead of certain.

As a “competing” mortgage lender, I very much enjoyed the commercials and appreciated their message. It is something I have been advocating all of my years in finance. In this industry, our clients need the full assurances of having their loan process handled with complete confidence from application through closing. I, however, take it one step further. The conclusion must take into consideration the applicants short term and long-term financial objectives. Without that, the client is not positive that they are in fact getting “the right deal.” Will their application get approved? I am pretty sure – but are they getting the best deal – I assure you, not.

That takes us back to Tom Brady and the tremendous blow out victory he secured on Sunday. At the age of 43, Brady won his seventh Super Bowl, in his first year with a new team, and appearing in his 10th Super Bowl contest. It was the fifth time he was named Super Bowl MVP, the only NFL player to win that title so many times. His performance was stellar.

His control and poise gave his team the confidence and assurance that he could place the ball anywhere he saw fit. His veteran skill and expertise are what cemented that victory with such dominance. It is what I think sets one team (or individual) apart from anyone else, especially during times of uncertainty and challenge. It is why I believe fancy commercials and apps are not what will guarantee mortgage applicants the true accomplishment they desire, nor will they succeed at getting the absolute best rates and terms.

To Get Immediate Assistance: