Home
Skip a Mortgage Payment?! The Age Of The Un-Informed Consumer?!

Ready For An Interest Rate Decrease?! 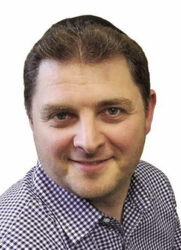 In a few days the Federal Reserve will be making their long awaited decision on interest rate policy. All the money is on a rate increase of presumably 25 basis points. The decision will likely cause much volatility – pulling money into or out of the bond markets depending on the positioning of bond traders. Clearly the change of Fed policy on rates will cause movement for mortgage rates.

The discount rate is the interest rate that banks pay when they borrow money directly from the Fed, usually on a short-term basis, to meet temporary shortages of liquidity caused by internal or external disruptions. The rate has been largely symbolic in the past and is typically at least one percent higher than fed funds rates. Because of this, hardly any banks utilized this source or method of obtaining funds except during emergencies.

The prime rate has generally been known as the interest rate that is charged to the most creditworthy bank consumers. These loans are typically extended to things such as credit cards and home equity lines of credit, as well as most small business loans. The prime rate is directly tied to the fed funds rate, normally three points higher than the published fed funds rate. In recent years, the prime rate has been offered to all types of consumers for various loan types and typically acts as a starting point (base) rate at which banks tie their loan rates to. These rates are generally variable and subject to change every month based on the published prime rate in effect at the time.

Now that we have a better idea of the different rates in the marketplace, we see that the only direct effect to a consumer is through the change in the prime rate. Should the Fed increase the targeted fed funds rate, consumers will be affected by receiving a higher rate on their prime-based loans as indicated above, beginning the following month after a rate increase.

Preparing For A Rate Decrease

There is a very common and very wrong misconception that if the Fed were to raise “rates” mortgage rates will go up. That’s not the case whatsoever. The last Fed rate increase was in December 2015 after years of inaction. Immediately following that rate decision, mortgage bonds rallied and mortgage rates improved in the short-term. Chances are we may see the same. Homeowners and consumers should be using the time now to evaluate all of their outstanding loans and debts to see if consolidation is a viable option for them and how it would compare in a market with higher prime rates.