Home
Refinancing Your Mortgage: Understanding the Various Types of Refinancing Save Money on Your Home Energy Costs This Winter in Just Three Easy Steps

What was most telling within the survey was the continuous and consistent “spread” between the 15yr fixed and 30yr fixed mortgage rate options. 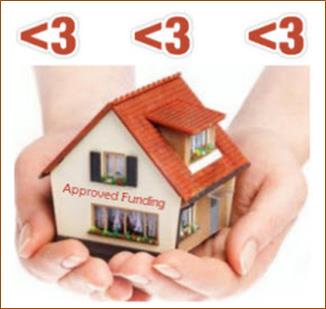 Recently that range has widened and we now see a ¾ (75 basis points) or higher spread between those two term options.

What that means to you?

There is now a tremendous incentive to pursue a 15 year fixed mortgage, and banks are aggressively competing to obtain that business.

Approved Funding has exceptional relationships with over 50 funding sources (major banks and boutique investors) which results in the most competitive rates/terms in the industry.

In fact, as of the date of this article, Approved Funding’s 15 year mortgage rates are WELL BELLOW the national average, and we have had borrowers lock in loans close-to and under 3.00% fixed!! (Rates and terms are obviously subject to change in line with market conditions)

“Fixed mortgage rates were slightly down on mixed results from October’s employment report. While the unemployment rate declined to 5.8 percent, nonfarm employment rose by 214,000 jobs, which was below consensus expectations. Net revisions for payroll employment in August and September added 31,000 more jobs to the initial readings.”