Home
You Ask, We Answer: Understanding the Real Estate ‘Short Sale’ and How This Process Works Mortgage Rates Drop to 2014 Low
Share →
Tweet

The jobs report is out, and it’s a big flop. Missed by a long shot. Markets are on the move.

The number of long-term unemployed (those jobless for 27 weeks or more) declined  by 192,000 to 3.0 million in August. These individuals accounted for 31.2% of the unemployed.

As expected however, the unemployment rate ticked down to 6.1% from 6.2% in July. This came as the labor force participation rate slipped to 62.8% from 62.9%.

The number of employees out of work for more than 27 weeks, or those long-term unemployed, also fell in August to below three million for the first time since the financial crisis. 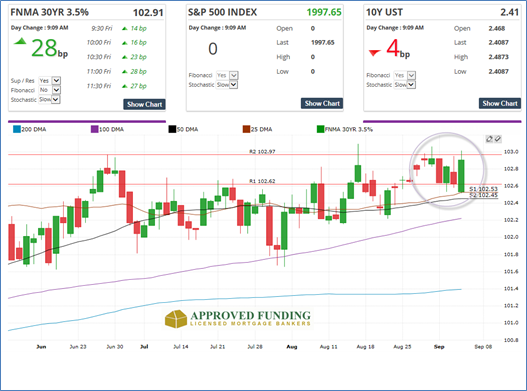