The Conference Board’s Consumer Confidence Index for October was released this morning at a level of 71.2. This is less than expectations of 75.0 and much lower than last month’s prior revised reading of 80.2. 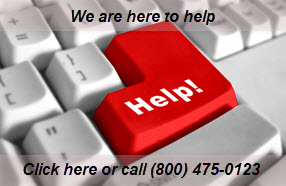 Business Inventories for the month of August was released this morning and showed an increase of 0.3%. This is exactly in line with expectations.

The NASDAQ has resumed normal operations and stocks are now trading normally after another data feed issue which caused the index to become frozen during the last hour of trading. NYSE officials are now investigating the cause of this glitch.

Today marks the 1-year Anniversary of “Superstorm Sandy” which devastated much of the New York and New Jersey area and affected so many more people. Superstorm Sandy was the 2nd costliest storm to ever hit the United States and its impact and legacy will never be forgotten.

The S&P Case Schiller Home Price Index for the month of August was released this morning and showed an increase of 1.3%. This is better than expectations of 0.8%. The Index is up 12.8% year-over-year, which is the highest level since February, 2006.

The Producer Price Index for September, which was delayed during the shutdown, was released this morning and showed a monthly decrease of 0.1%. This is less than expectations of +0.2%. PPI less food & energy was reported up 0.1%, in line with expectations.

Most of the economic news today were not encouraging for the market. This continues to make us believe that the Federal Reserve plan to “taper” back on the mortgage and bond buying programs will be further delayed. We are at a critical point in the mortgage rate cycle and we see continued uncertainty.