Home
Fed Meeting Minutes Release Hope Of A Stronger Economy With New Measures When Should You Shred Your Financial Documents?

Recent Government Activity And Its Effect On Mortgage Interest Rates

Mortgage rates typically are tied more to the yields on the 10-year Treasury note more than any other indicator. With the government in flux as the shutdown happened and ended, mortgage rates are also changing.

Overall, mortgage rates have decreased because of a lack of confidence in the government’s ability to get its finances under control. 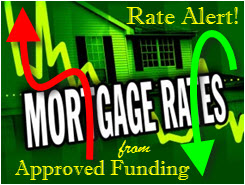 The Time Is Ripe For Homeowners

Since then, mortgage interest rates have been dropping back down to their previous levels. With 30-year and 15-year fixed mortgage rates continuing at very low levels, the time is ripe for homeowners to purchase or refinance.

In the day following the reopening of the government, mortgage rates continued at their low levels, which surprised some economists. The stock market went down and yields on the 10-year Treasury note also decreased, which both suggest a lack of confidence in the government.

Despite their ability to come to an agreement, investors and economists note that it is just a temporary fix, and there will likely be anothershowdown looming. Rates may remain low for a little while, but as the government begins releasing more economic data, mortgage interest rates could increase if the data shows growth in the economy.

Buyers Expect An Increase Of Applications

The government shutdown did have an effect on the volume of applications for government mortgages, like FHA and VA loans. Both reached a six-year low, largely because there were no staff on hand to answer questions over the phone and the offices were running on skeleton crews.

As the offices are back up and running again, buyers are expected to increase their volume of applications because those who had been delaying their applications now need to get the ball rolling on their home purchases.

Amidst all of the uncertainty, one thing is quite clear. It’s unlikely that interest rates will drop significantly lower than they are now, so buyers looking to get a mortgage and homeowners looking to refinance may be best off locking a rate soon rather than waiting.

Speaking of the UST. Technically speaking October saw the lowest 10yr UST in a while. As of November 1 we are approaching a critical 2.600% number on the 10yrUST which can definitely move mortgage rates higher. Approved Funding uses many tools and resources that not only monitor rates throughout the day (tick-by-tick) but also deploy tools and analytics that have successfully guided our applicants and clients into making the best decisions and determination for their loan application based on mortgage rate movement. This guidance is priceless compared to other lenders that force borrowers to lock in mortgage rates at the bank’s choice, not the clients. 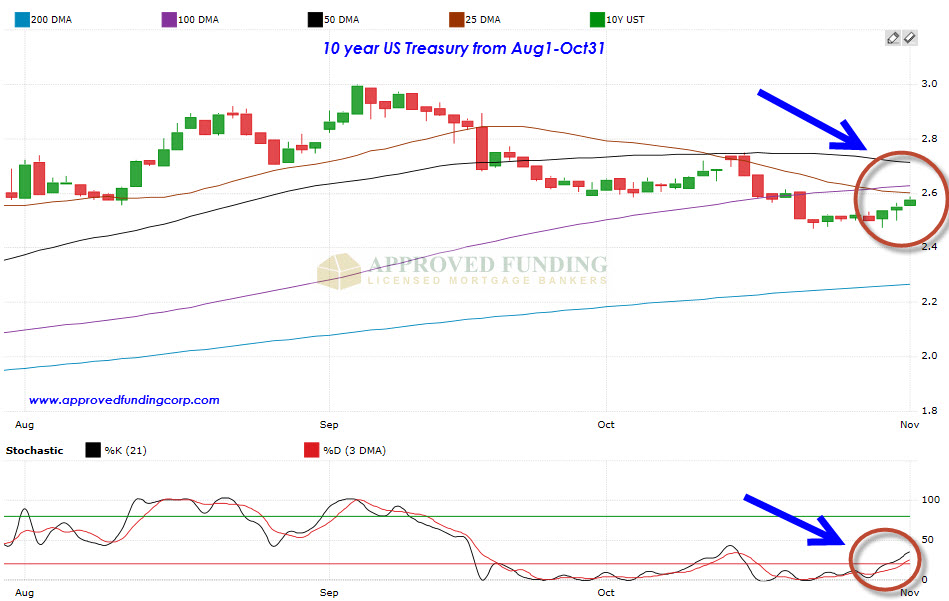 Most of the economic news today were not encouraging for the market. This continues to make us believe that the Federal Reserve plan to “taper” back on the mortgage and bond buying programs will be further delayed.

We are at a critical point in the mortgage rate cycle and we see continued uncertainty.