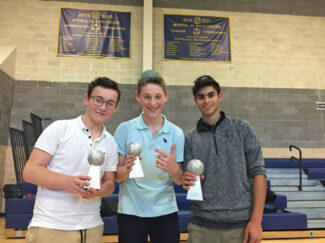 TABC’s lunchtime basketball intramurals wrapped up its fall season earlier this month and both the sophomore and junior leagues crowned their champions.

In one of the craziest championship games TABC has ever witnessed, team captain Dovid Shayowitz hit a buzzer 3 in triple overtime to win the crown for team Montverde of the sophomore league. Eliyah Gershon hit a huge triple late in regulation, only to see Shmuel Yablok hit a step back jumper to force OT. Yablok was clutch all throughout the playoffs as he knocked off the #1 seed led by regular season MVP Netanel Eckman, but timely rebounding by 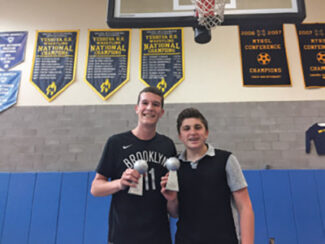 And after a grueling six-game season in the two-on-two junior league, Avraham Glatter and Alex Israel came away with the championship. In the semifinals, AJ Zimbalist hit a game-winning buzzer 3 to stamp his and Max Liebenstern’s ticket to the championship, but once the final game started, Glatter dominated the paint with 47 boards and six points to lead his squad to the title.

The TABC Intramural League cycles through basketball and hockey and is open to students in all grades during their lunch periods. It is run by its founder, TABC rebbe Rabbi Jonathan Kessel.