Home
Considering a Vacation Home? Six Tips for Buying a House or Condo for Relaxation and Vacation Use Federal Open Market Committee, Fed Chair: No Rush to Raise Rates

The Most Important Insight from the Fed Meeting

The most important “insight” from the Fed Meeting that almost no one is talking about! 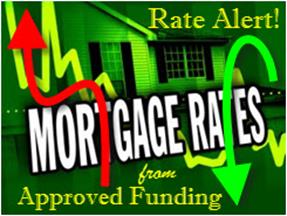 The Fed pulled no punches in yesterday’s Fed statement, essentially repeating the same text from the previous meeting.  The Fed has vowed to continue to keep the Fed Funds Rate low for a “considerable time”, which is what the market was anxious to hear.

Also as expected, the Fed continued on its taper course as it reduced the size of Bond purchases by a total of $10B and will most likely close the program at the end of October. The Fed will now purchase $5B in Mortgage Backed Securities and $10B in Treasury securities each month, down from the $85B when QE III was first enacted.  There were two dissenters in the 8-2 vote which was uncommon. At the press conference after the statement, Fed Chair Yellen said that it could take until the end of the decade to shrink down its massive balance of $4.4T to more normal levels.  Six years ago the Fed’s balance sheet was $1T.

The news that didn’t get much headline was the survey of Fed members on where they felt Rates, and specifically the Federal Funds Rate would be over the next few years. 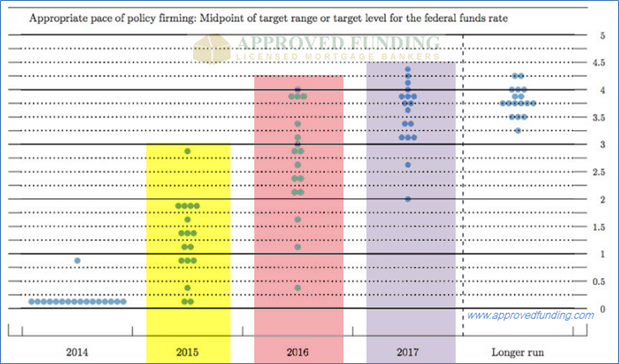 As you can see from the chart, the projections were indeed very interesting.

Despite the somewhat dovish sentiment by many based on the Fed’s comments, the upcoming rate hikes appear a lot more aggressive than many people realize…